How Cops Beat You in the Interrogation Room.

Difference Between an Interview and an Interrogation

The difference between an interview and an interrogation.

is a general fact finding process. It's a fishing expedition, basically trying to find out what happened.

on the other hand, is designed to get a confession. In an interrogation, they've already decided that you're guilty. And they come in there with one goal, and that's to get you to confess.

During the interview and interrogation process, they've developed a couple of guidelines where they think that they can tell whether you're lying or telling the truth.

The first is the response itself. Somebody who supposedly telling the truth is going to quickly and clearly deny they did it. "No, I didn't do it." Whereas somebody who's lying, is going to have more of a delayed response and more of an equivocal response. So they're going to say, "No, I wouldn't, I wouldn't do something like that."

An example, the way the thinking goes is that someone who's telling the truth, might say "I would never break into Mr. Smith's home." Whereas somebody who's supposedly lying would say, "I would never do that to that guy."

One of the techniques they use is called the Baiting technique. And what that means is, they will present you with some kind of contradictory information, in an effort to get you to change your story. So they might tell you that they found DNA, they might tell you they found fingerprints. And then they're going to try and get you to explain why that evidence exists. Now they can either do this soft or they can do this at very confrontational.

So for example, soft way of doing it would be, "Is there any reason why your fingerprints might show up at the scene?" Or, "Would you be able to explain why a witness says they saw your car leaving?" And the whole point of that question, is they're trying to get you to backtrack on your story that "I was never there." Or, "I never touched the stolen stuff."

The more confrontational way for them to do it, would be to just directly lie to you and say, "We have a witness that saw you there. Why would that witness say that?" And again, both statements have the same point. They're trying to get you to backtrack on your story and contradict something that you've said earlier.

Remember, everything you say will be used against you.

Anything that can be twisted, will be twisted against you. Don't try and talk your way out of anything. Ask for an attorney and shut up.

They can make promises that, "I'm going to put in a good word with the judge for you." Or, "Things are just going to go easier on you, if you confess." Always remember, you don't have to make any statements.

Another tactic that we see all the time is the voluntary statement. When they ask you to make a voluntary statement, your red flag needs to go off in your head. Because what they're doing, is they're trying to establish a legal foundation to get in your statement without a Miranda warning. So when you come back later and say, he tricked me into making the statement, they're going to say well, I told him it was voluntary and he agreed to come in.

Don't try and talk your way out of anything. Ask for an attorney and then shut up. 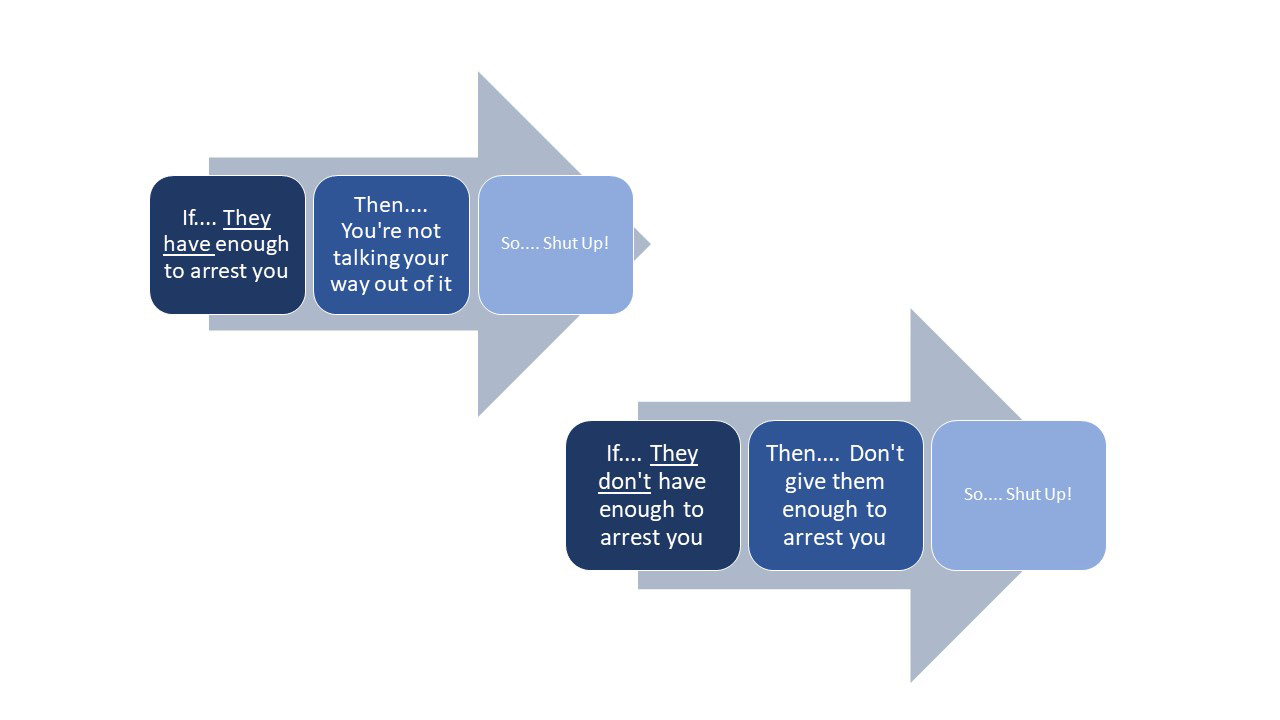